Planet Nine - No, not Pluto

Have you heard of the new Ninth Planet?

No, not Pluto. That’s a minor planet now, and it’s not coming back. Far beyond the orbit of Pluto, in the icy wastes of the Scattered Disk, may lie a thus far undiscovered planet – a fifth gas giant, Planet Nine.

It’s not because anyone has seen Planet Nine in a telescope (though the search is on); the evidence for its existence, is, at best, circumstantial. Look at this picture. 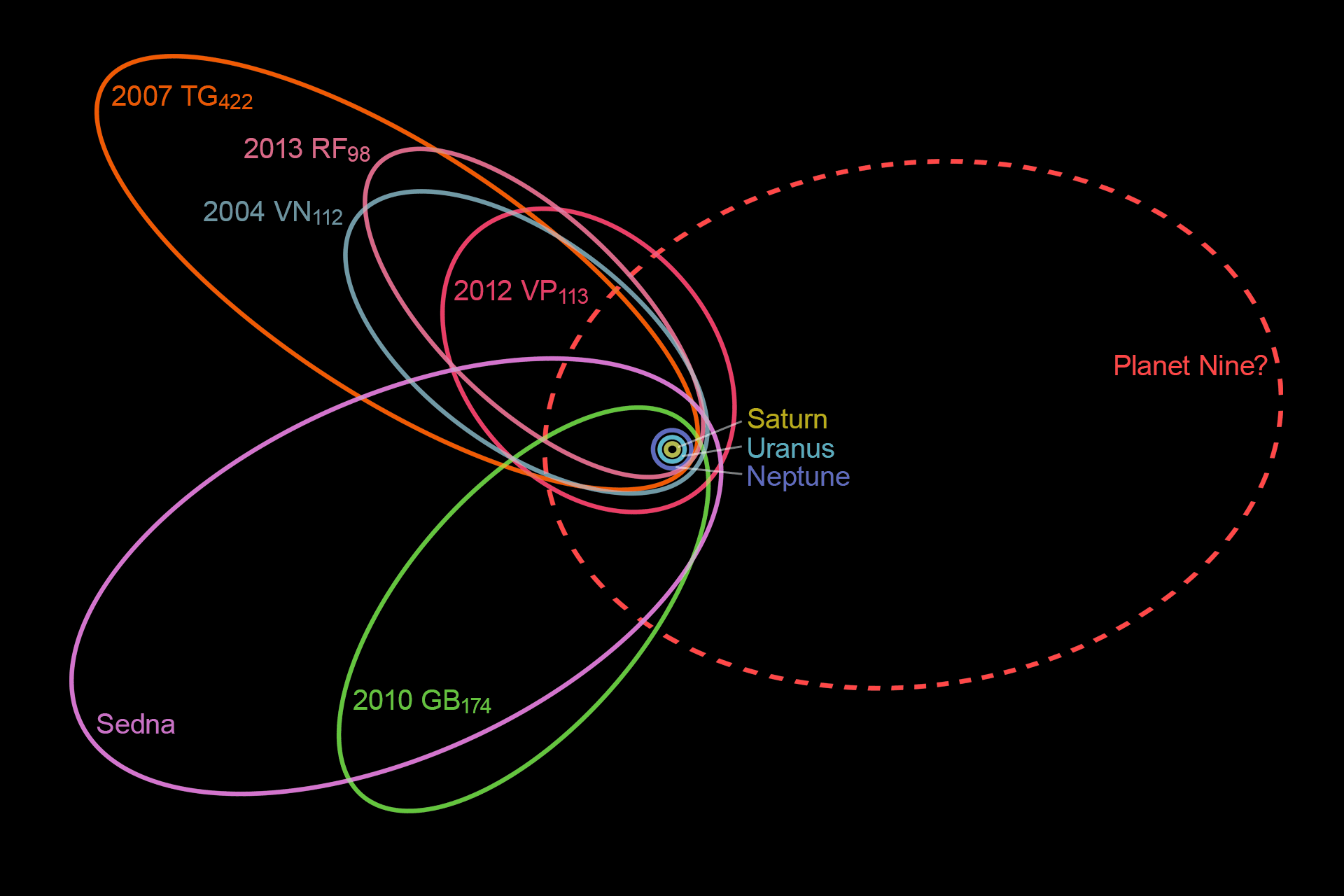 By nagualdesign (Own work) CC0, via Wikimedia Commons

It shows the six most distant Trans-Neptunian Objects (TNOs) whose orbits we know decently well. Notice how they all kinda line up? So did astronomers. The odds of that being a random pattern are less than 1 in 142. That is all we know.

We know there are six TNOs in oddly-similar orbits, and that’s it. Past that, it’s all down to theory. Doing some computer simulations, Caltech scientists Batygin and Brown found that the only way they could explain those oddly similar orbits was with the gravitational influence of an extra planet. It would need a mass around ten times that of the Earth, and take ten to twenty thousand years to orbit the sun—Planet Nine, in other words. No one else has an alternative explanation, so the Planet Nine is our best guess.

This kind of planet-finding-by proxy isn’t as crazy as it might seem. It’s how we found out about Neptune, after all. Uranus was discovered in 1783 by pure dumb luck; Sir William Hershel wasn’t looking for planets. After watching Uranus through their telescopes for sixty-odd years, though (long enough to get most of the way through its 84-year-long orbit) astronomers noticed something funny: sometimes, it moved faster than it ought to, and sometimes, slower—almost as if the gravity of another planet were pulling on it. 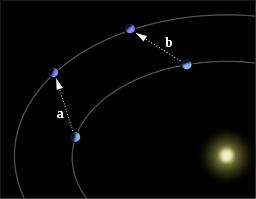 At a, Neptune is slowing Uranus with its gravity. At b, it is pulling it faster in its orbit. (Image by RJ Hall, CC-BY-SA-3.0)

French Astronomer Urbain Le Verrier was one of those who noticed, and by 1846 he had managed to calculate not just the orbit of that other planet, but exactly where in the sky it ought to be found. His calculations were so accurate that when sent his prediction to the Berlin Observatory. Johann Gottfried Galle discovered the planet after just one hour of searching.

Planet Nine, if it exists, will not be found so easily. For one thing, as far from the sun as it must be, it would be 59,000 times dimmer than Neptune; only our largest telescopes could make it out. It is not entirely certain what part of the sky to look in. Within a few years, we’ll know, one way or another. Either we’ll have a photo of the new planet, or proof that it is not out there. Until then? Well, I guess it’s just a waiting game. Plenty of time to dream up names, though.

Seriously, “Nine” is no name for a planet. Were it up to you what would you call it? Leave your suggestion in the comments, or tweet it to us @SNBluecoats, with the hashtag #PlanetNine.