Aquamarine, with its calming blue colouration, is the birthstone for those born in March. This stone was named due to its beautiful sea blue colouration and its Latin translation meaning ‘seawater’. This stone is almost as popular as rubies, sapphires and emeralds. Aquamarine has an interesting relationship to emerald as they come from the same mineral, beryl.

Beryl is a beryllium aluminum silicate that was once mined for its beryllium ore. Today it is mostly mined for its gemstone qualities such as beautiful colours and good hardness (7.5 to 8 on the mohs hardness scale). Its range of colour is due to different impurities that are found within its chemical makeup. Even though we are always dealing with the same mineral, in the gemstone community, different colours of this mineral may have their own name. 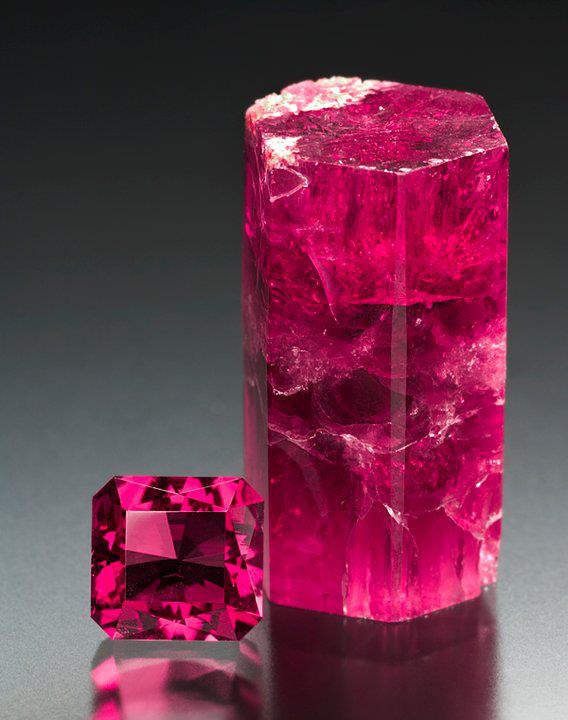 The most famous Aquamarine gemstone is the ‘Dom Pedro’ Aquamarine that is on display at the Smithsonian National Museum of Natural History. This Aquamarine weighs about 27kg and is approximately 35.5cm in height. This crystal started out approximately 1m in length and was found in a mine in the state of Minas Gerais, Brazil. When it was removed it fell and broke into 3 separate pieces. The largest of these pieces is what is know as the ‘Dom Pedro’ aquamarine named after the first emperor of Brazil and his son.